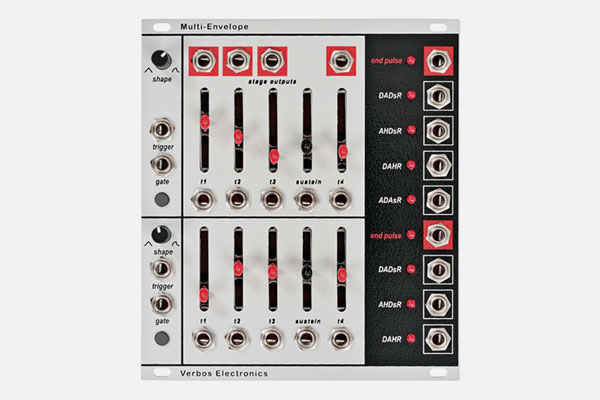 €445.00
On Request
This item is on request and it is usually available in 10-15 working days. Send us an email to get an accurate extimate of delivery time.

Reimagining the envelope generator, several shapes of 4 stage functions are available simultaneously on each of the two parts in the Multi-Envelope.

Gate and Trigger inputs can be used alone or together to control re-trigger characteristics. The "shape" control blends continuously from linear ramps to RC curves typical of East Coast Synthesis, without changing the overall time. The upper generator also has gate outs that are high during each stage.