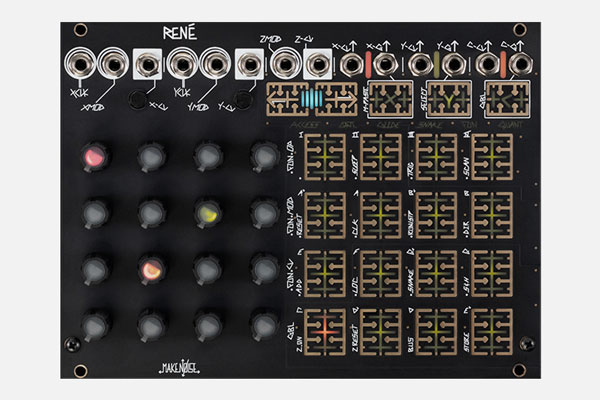 €569.00
On Request
This item is on request and it is usually available in 10-15 working days. Send us an email to get an accurate extimate of delivery time.

This product is not eligible for the price match. Write us if you need more infos.

The René eurorack module is the world's only 3D Cartesian Music Sequencer. Named for the French philosopher & mathematician René Descartes, it uses the Cartesian coordinate system to unlock the analog step sequencer from the shackles of linearity.