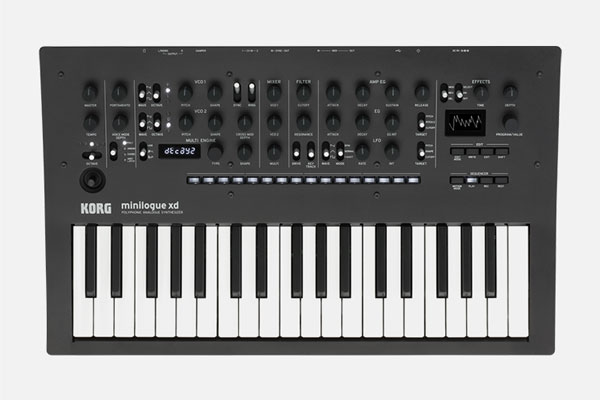 €666.00
On Request
This item is on request and it is usually available in 10-15 working days. Send us an email to get an accurate extimate of delivery time.

In addition to emphasizing the same real analog sound and joy of controlling an electronic musical instrument offered by the original minilogue, the minilogue xd newly adds a digital multi-engine, effects, a powered-up sequencer, and micro tuning functionality, further expanding the possibilities for sound design and performance potential.