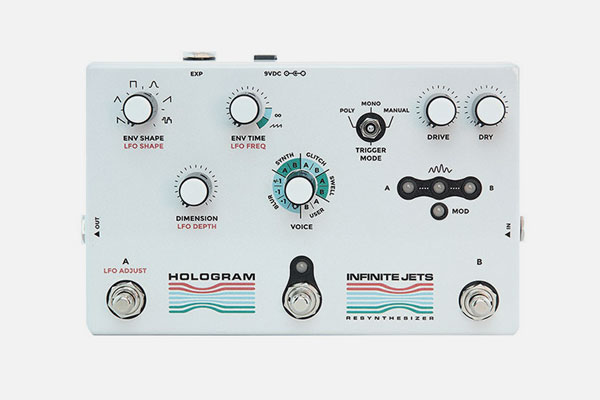 €379.00
Out of Stock
The item is out of stock. Leave your email to to be contacted once the item will be in stock again.

Infinite Jets pedal effect tracks the dynamics of your playing, samples individual notes and chords, and then reinterprets them as new sounds using two independent channels of infinite sustain. It offers 4 separate sampling effects in one: Blur, Synth, Glitch, and Swell.